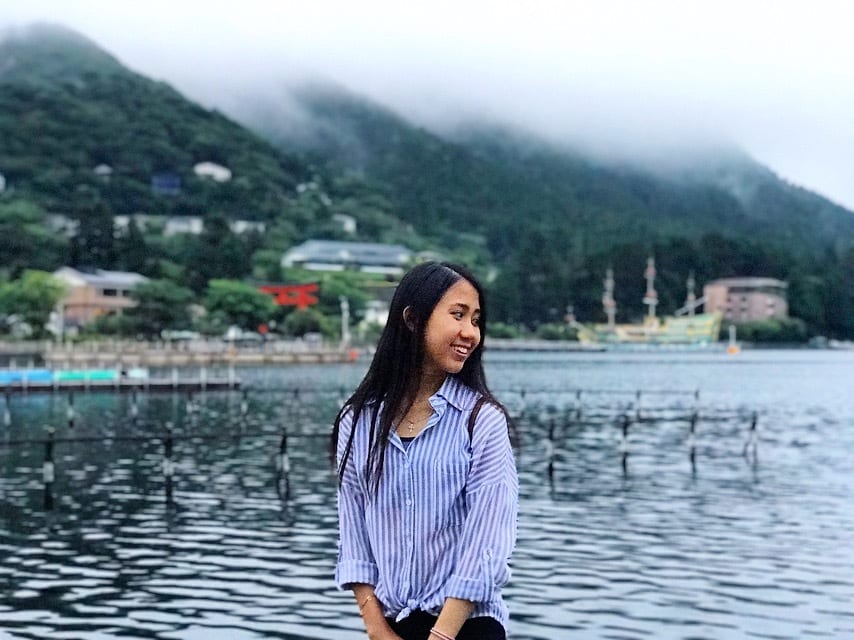 The Land of the Rising Sun

You might have heard that Japan is also known as Nippon, but did you know that Nippon meant “land of the rising sun”? I sure didn’t, until last night! Scrolling through the picture roll on my phone, I came across some pictures from our family trip to Japan back in June to July of 2017. How did we get so lucky? My grandma turned 85 years young and, as an avid traveler herself, saw it was fitting to take all of us on a trip to Japan. Talk about generosity!

During the few weeks we were there, we had the privilege of experiencing Japan’s iconic food scenes, lush gardens, speedy bullet trains, historic temples, and what I’ve known to be one of the most hospitable cultures in the world.

So walk with me through memory lane as I recount some of the many incredible experiences Japan gave me. Here are our top 5 epic things to do in Japan!

Shinkansen. Say that 7 times fast. While somewhat harder to pronounce, the Japanese Shinkansen is essentially an equivalent to the American bullet train. Here’s a few cool facts about the Shinkansen:

My personal favorite part of the shinkansen experience is getting to taste the “ekiben.” In the Japanese language, “Eki” means train station and “ben” is short for bento (a Japanese lunchbox). While there are countless restaurants that sell bento boxes in Japan, the ekiben can only be bought at the Shinkansen station, in shops located at the terminal (and even on the platform!) Swipe right to the post below to see a close-up of my ekiben!

if you’ve never {bento} Japan before, you need to! 🚅🍱🤗 #ShinkansenYums!

As a family of avid foodies, we could not miss the infamous Sanrokuen restaurant in the Mt. Fuji area. To me, the experience of going through the entire traditional process of preparing Japanese BBQ over red hot charcoal is a treat like none other! To set up the stage for your imagination, here’s a list of the ingredients that were included:

When we entered the restaurant, their friendly servers guided us to a grill area, which was surrounded by mats for us to sit on. Next to the mats is a jar of their Sanrokuen special sauce. The folks here believe in a particular way of barbecuing to bring out the most flavor, and here’s what we learned to do: 1) wear the gloves provided on your dominant hand, 2) put your preferred ingredients on a skewer and lightly grill on both sides, 3) dip into the secret sauce, 4) grill again until done. Were they wrong? NO! It was one of the most delicious meals of our lives, and I’d gladly adopt the Japanese way of barbecue.

Did I know this place existed before going? Nope. Do I think it’s a “must-visit” now that I’ve gone? Absolutely. Nara Park is home to the world’s largest wooden structure, Japan’s most iconic temples, and lush gardens. BUT the best part of Nara Park? Its resident [deer] friends, of course! All puns aside, visitors can find Nara’s deer roaming around town. You can find licensed street vendors that sell specially-formulated biscuits that you can feed to the deer. To say I had so much fun hanging out with these friendly creatures would be an understatement!

went to Miyajima to explore and came back with a plus one! 🇯🇵 🦌 #myDEERfriend

Oh, and while you’re there, do yourself a favor and grab the smoothest matcha ice cream cone you’ll ever have! (not a fan of matcha? they sell vanilla too!)

Need more food recommendations in Japan? Check out these 5+ Unexpected Food You Need to Eat in Japan!

Known as one of Kyoto’s top sights, the Arashiyama Bamboo Forest quickly becomes a highlight of my Japan trip. I truly don’t think words can ever describe the feeling of being enveloped by the most vibrant, tallest bamboo stalks in the Arashiyama mountains (Storm Mountains). Here’s a pro-tip: due to the popularity of this spot, we found it best to visit in the morning to beat the crowds and enjoy the Forest’s tranquility to its fullest.

Picture this: a museum…about ramen? That’s right! Shinyokohama Ramen Museum is dedicated to educating visitors about everything there is to know about the beloved noodle dish: starting with the history, available flavors, related traditions, all the way through the different kinds of ramen available throughout Japan. Upon entry, we paid a small fee of about $3 for each adult, with an honor system request that visitors purchase at least two bowls of ramen inside the “museum.”

While Shinyokohama calls itself a “museum”, we think the effect is more that of a ramen-themed amusement park. Why?

The street-level part of the museum is fairly standard—there’s a gallery that chronicles ramen’s history and a gift shop—but when you descend to the subterranean level you’re transported to a whole new world. Literally. When you reach the lower level you’re no longer in present-day Yokohama but Tokyo circa 1953 (the year instant ramen was invented). You can make your way through a narrow alleyway featuring neon signs above the facades of (fake) bars and a traditional dagashi-ya, a (real) old-fashioned sweets shop. But the main feature is the courtyard on the second level where you’ll find mini, satellite versions of some of the world’s most renowned ramen shops.

Let’s just say that a single visit is enough to light up all your senses — sight, smell, taste, and all!

Are there any other places I need to include in this guide? Feel free to leave a comment below! 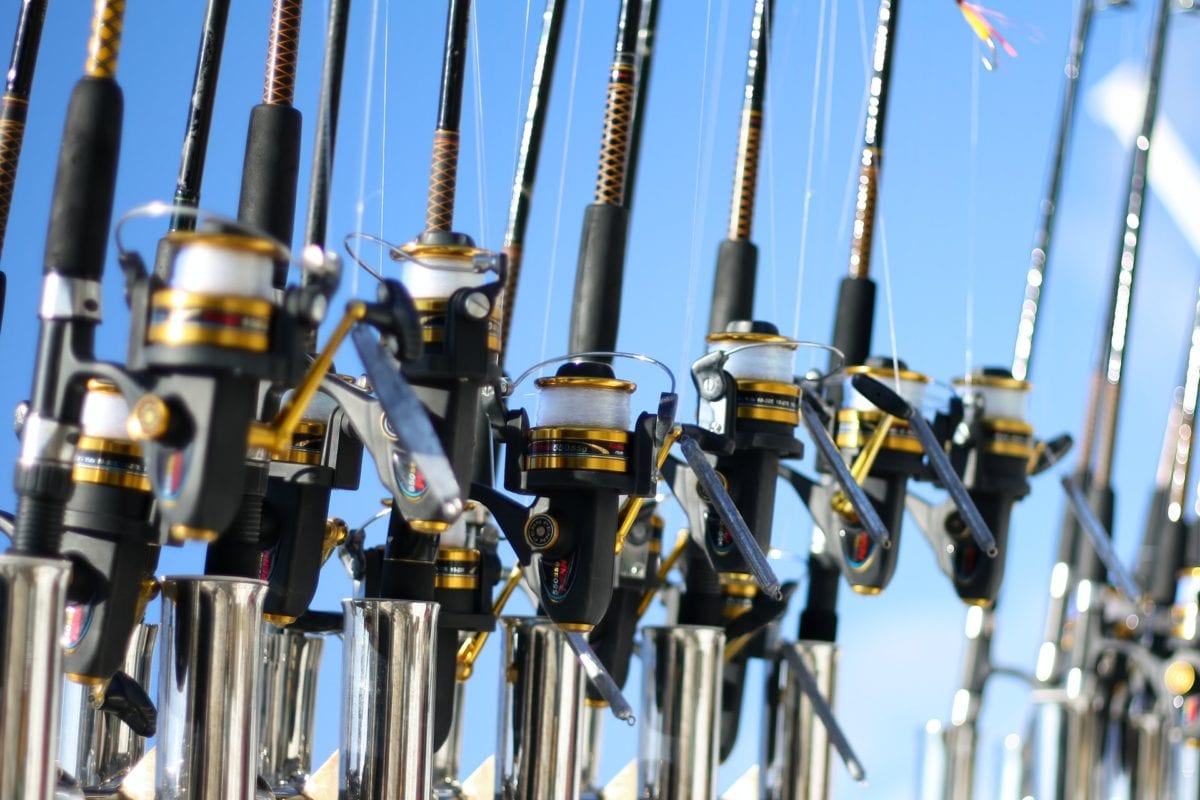 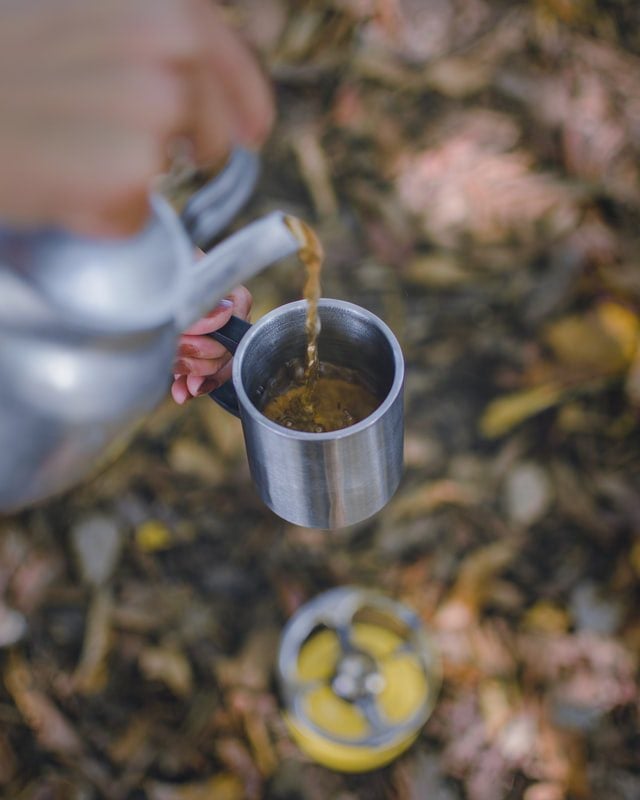 7 Best Travel Kettles For Your Next Trip 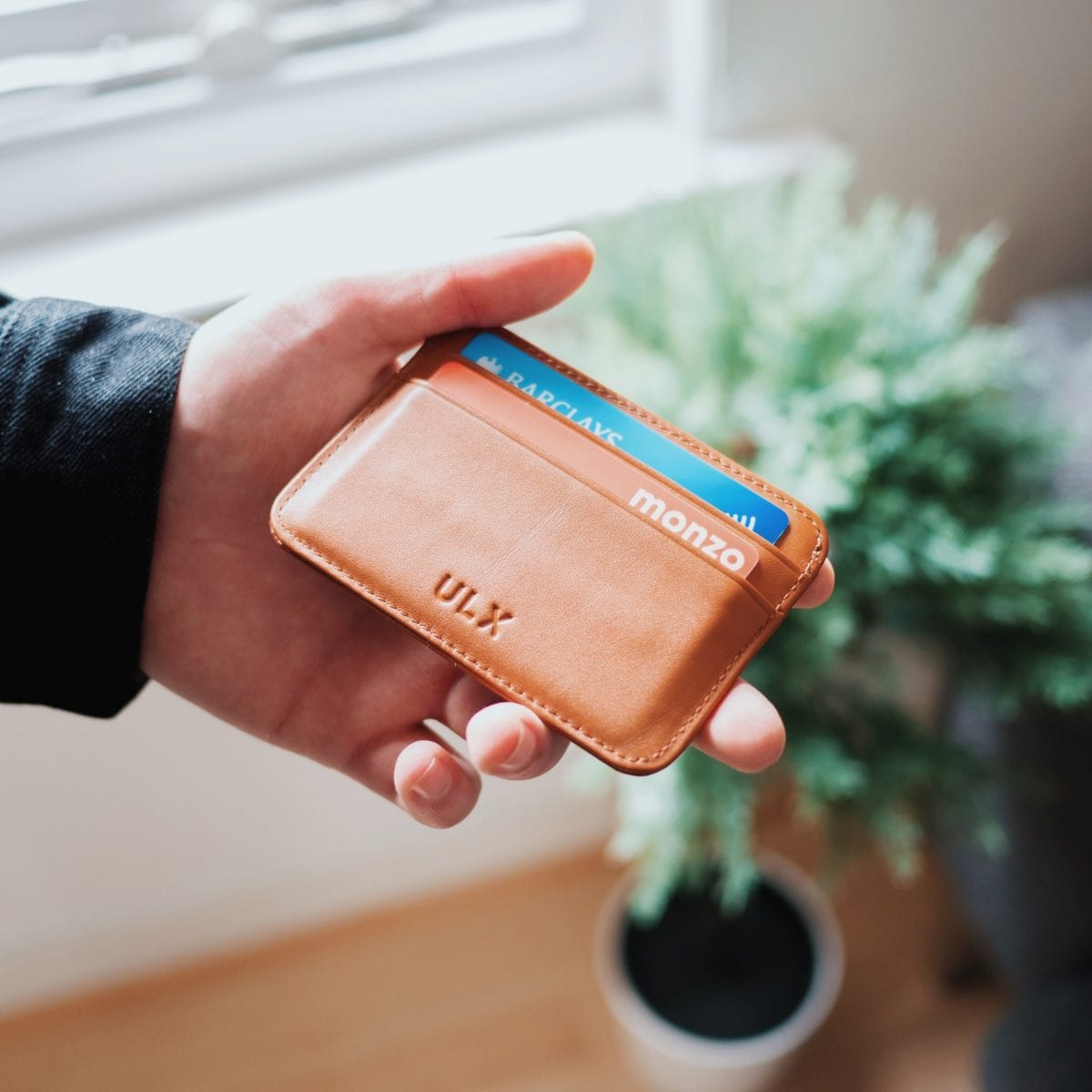 7+ Must-Have Travel Wallets, According to Reviews 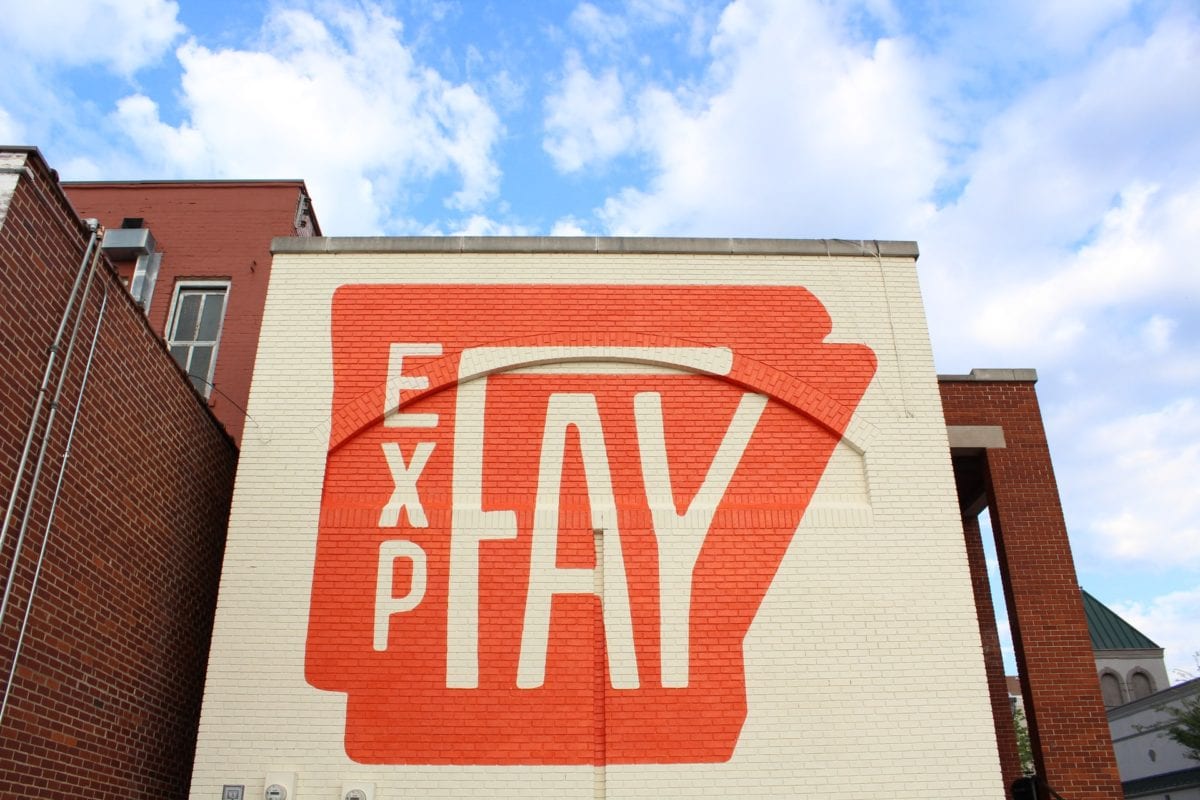 8 Things To Do in Fayetteville, North Carolina 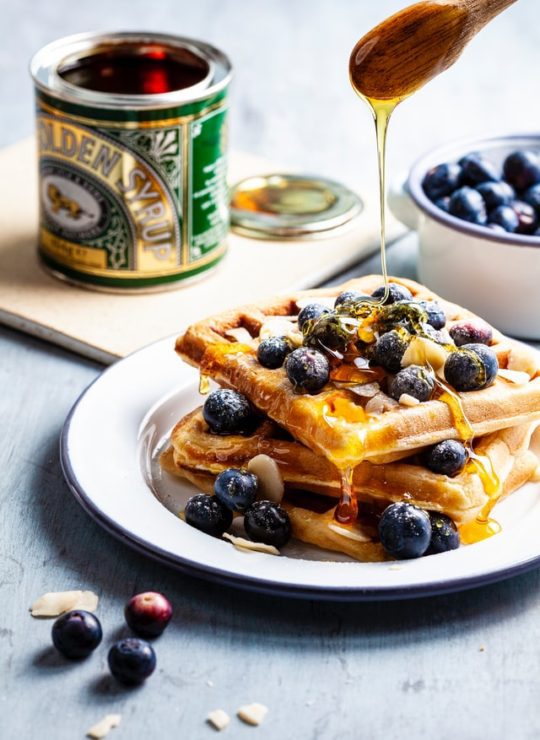 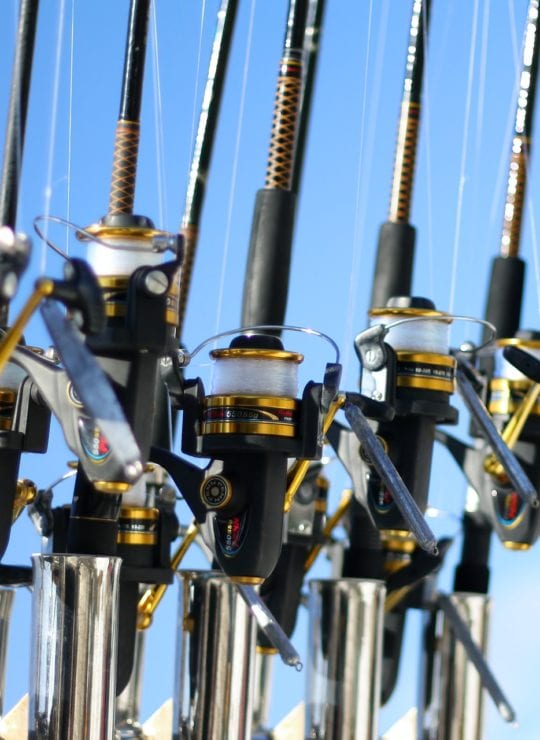 I haven’t been feeling well today, so quick meal

around this time last year, I told Evan I wanted t

I’m a sucker for cute plates, and @mclainsmarket

my little brother Raymond has been living with us